When Laura Plantation opened to the public in 1994, it became the first plantation on the River Road to candidly discuss slavery in each and every guided tour, including the names and personal stories of Nina (a cook), Henriette (a housemaid), Anna (Laura's nurse), and Pa Philippe (a field hand).

The story of slavery is inextricably linked to the history of Creole Louisiana. From the first cargo of enslaved West-Africans to arrive in La Nouvelle-Orléans in the 1720s during the French colonial period, to the transfer of Louisiana to the United States in 1803, to the subsequent importation of American slaves from the Eastern Seaboard post-1808, these people would shape the language, the culture, and the landscape of the region.

At the death of Guillaume Duparc in 1808, buildings, livestock, buttons, clothes, and furniture, along with seventeen men, women, and children were included in the mercantile inventory of his material possessions. Categorized by name, age, origin, work-skill, and monetary value, these individuals represent a cross-section of the diversity of the enslaved populations in early 19th century Louisiana.

This panel, on display at Laura Plantation, is a transcription of the original, handwritten document in French. These are the ancestors of many of the slaves who would remain on the Duparc-Locoul Plantation until the Civil War, through Reconstruction, and into the early 20th century.

Over the past 25 years, meticulous research in archives in Louisiana; St. Louis, MO; Washington, DC; and Normandy, Paris, and Bordeaux, France has allowed historians to reconstruct complete biographies and family trees for many of the people who were enslaved on this sugar farm.

Come, take a tour with us. Hear their stories, walk in their footsteps, see their faces, and say their names.

What better way to begin 2019 than with a monthly blog from #LauraPlantation?! Every month, we will bring you "un 'tit brin" ("a little something") about all things #creole.

It's January, so that means it's CARNIVAL TIME, y'all! Carnival begins on January 6th (the Feast of the Epiphany in the Roman Catholic Church) and officially ends at midnight on Mardi Gras (also called "Shrove Tuesday"). Mardi Gras is technically only a single day, the Tuesday before Ash Wednesday.

Following Laura Locoul's début into New Orleans Creole society during Carnival 1882, she writes in her Memories of the Old Plantation Home, "The rest of the winter was a round of countless balls, dinners and luncheons... No matter how worn out I was and was the last to leave the French Opera House on Mardi Gras night or the next morning, I always went to church on Ash Wednesday to receive the ashes and being Lent well, if possible."

Here is Laura costumed as "Mephistopheles," complete with devil horns and pitchfork, for the Semmes Début Fancy Dress ball in 1886. 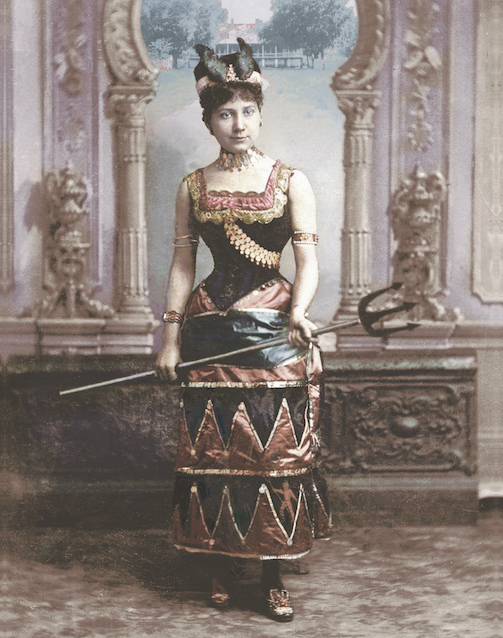 In 1887, Laura's friend Annie Howard was Queen of Carnival. She asked Laura to be one of her Maids of Honor in the Court of Rex. Here is an image of an official invitation to the Rex Ball in 1887 and the silver pill box Laura received as a favor, engraved "Rex Feb. 22, 1887, Laura Locoul." 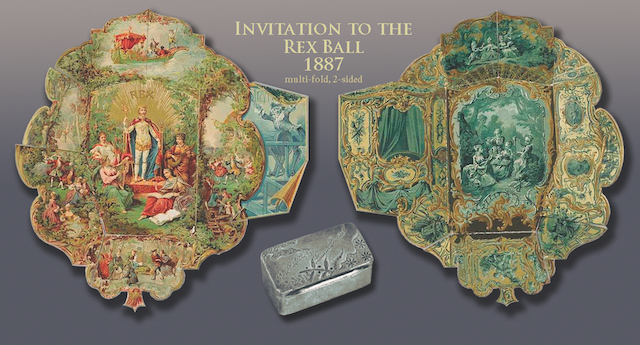