Bolstered by 5,000 pages of documents from the French National Archives and from Laura's own Memories, the Creole Family Saga tour focuses on centuries of human habitation that took place on this site.

Only 3,000 years ago, the Gulf of Mexico was pushed back from the area by th rich, alluvial silt of the Mississippi River. Not long afterwards, nomadic bands of Native Americans wandered through in annual migrations. Because this plot of land sits high above a geologic fault line (19 ft. above sea level), indigenous settlements took root by the 1600s.

By the early 1700s, a large Colapissa ceremonial village was located here. The village was named, in the Mobilian tongue, "Tabiscanja," or "long river view," because atop the central temple mounds one could see downriver for a stretch of approximately 6 miles. The village huts, located on the higher, natural levee next to the river, extended from the ceremonial mounds upriver and downriver for 4 miles.

In 1785, four refugee Acadian families came to live at the ceremonial center along with the Acolapissas. In 1804, Laura's family acquired the property and paid the Acadian families to leave. Considering the natives to be Frenchmen, the French did not force these natives off the riverlands. Instead, they continued to live on the fringes of the European economy and settlements, with the last full-blooded Acolapissa living on the rear part of the plantation until 1915.

The first human cargo pushed off the docks in New Orleans arrived in the 1719: slaves from French Senegal. For the next 60 years, these Muslim slaves were joined mostly by their fellow tribesmen from the SeneGambian basin. Captured for their agricultural and construction skills, their work created the Louisiana colony and influenced all segments of the newly-forming Creole culture, best seen today in language, cuisine, music, family-centered traditions, architecture and life-style. 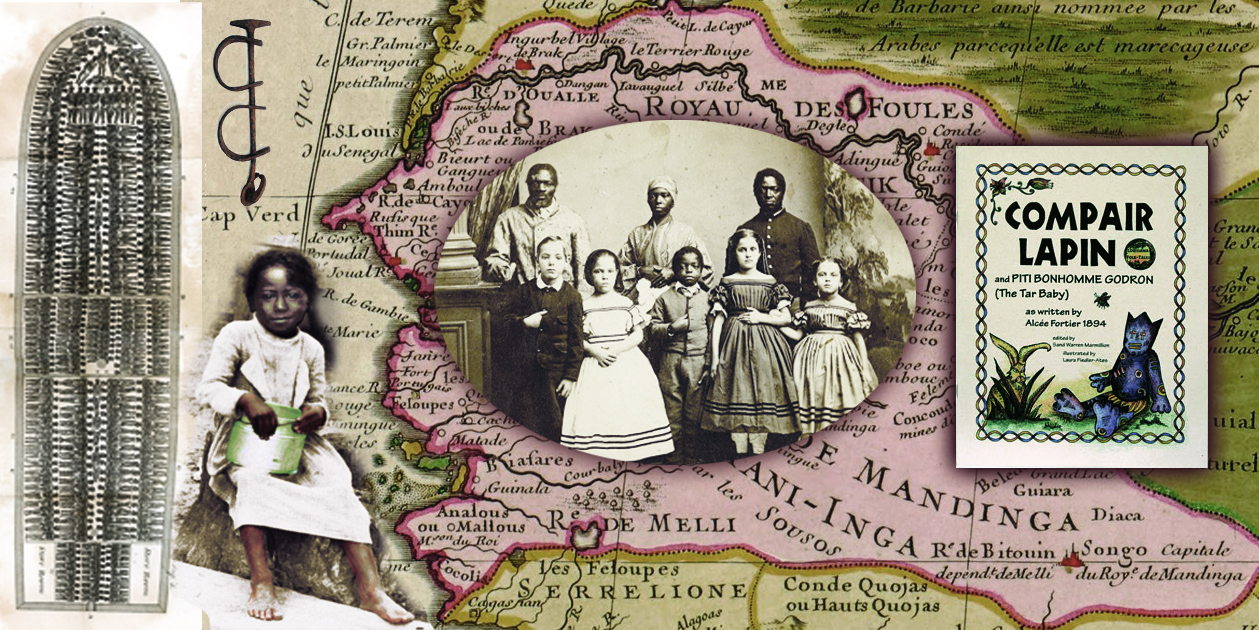 This sugarcane plantation started in 1805 with 7 enslaved people (six west-Africans and one Amerindian). As the plantation grew, so did the number of enslaved workers. Four original slave cabins built in the 1840s remain standing today on the plantation. By the onset of the Civil War, 186 workers were enslaved on this farm. Following the emancipation of slaves in Louisiana (1866), the great majority of these former slaves continued to live in the Laura Plantation quarters.

Descendants of these men & women were displaced in 1895 when cypress lumber companies had their own workers inhabit the Laura slave quarters. The cabins were lived in until 1977. Descendants of slaves live near the Laura Plantation to this day.

Beginning in the 1740s, several French concessionaires tried unsuccessfully to make a go of this property. In 1785, Spain ceded small plots of land to 4 exiled Acadian farmers. With help from President Thomas Jefferson, the land was granted in 1804 to a French naval veteran of the American Revolution, Guillaume Duparc, who died very soon after establishing the plantation. Four generations of women in this family ran the growing sugarcane plantation until Laura Locoul, the great-granddaughter of Duparc, sold it in 1891 to the family of Florian Waguespack, who were French-speaking Creoles of Alsatian descent.

The Waguespacks continued to farm sugarcane until 1981 when it was bought by a consortium of investors who planned to destroy the historic buildings and build a bridge across the Mississippi River at this site. The still-active earthquake fault below the historic site ruined their venture and the land went into receivership until it was sold at auction in 1992 to the St. James Sugar Cooperative. In 1993, the old homestead was acquired by the Laura Plantation Company, a private enterprise, for the purpose of restoring the site and opening it to the public as a Creole cultural attraction.