﻿For more than 20 years, Laura Plantation has been at the forefront of presenting the stories of enslaved people in Creole Louisiana. In February 2017, a museum exhibit entitled, "From the Big House to the Quarters: Slavery on Laura Plantation" was opened in a restored overseer's cottage. Daily research into this most important aspect of the plantation's history is ongoing.

The first "Registre des esclaves" at Laura dates from 1808. Then known as the "Habitation Duparc," after Laura's great-grandfather Guillaume Duparc, this inventory of slaves was completed at his death during the settlement of his estate.

It includes the first names of seventeen men, women, and children. Apart from the "Créoles," who were born in Louisiana, it also includes people from five African ethnic groups: Canga, Congo, Minan, Moco, and Quésy. 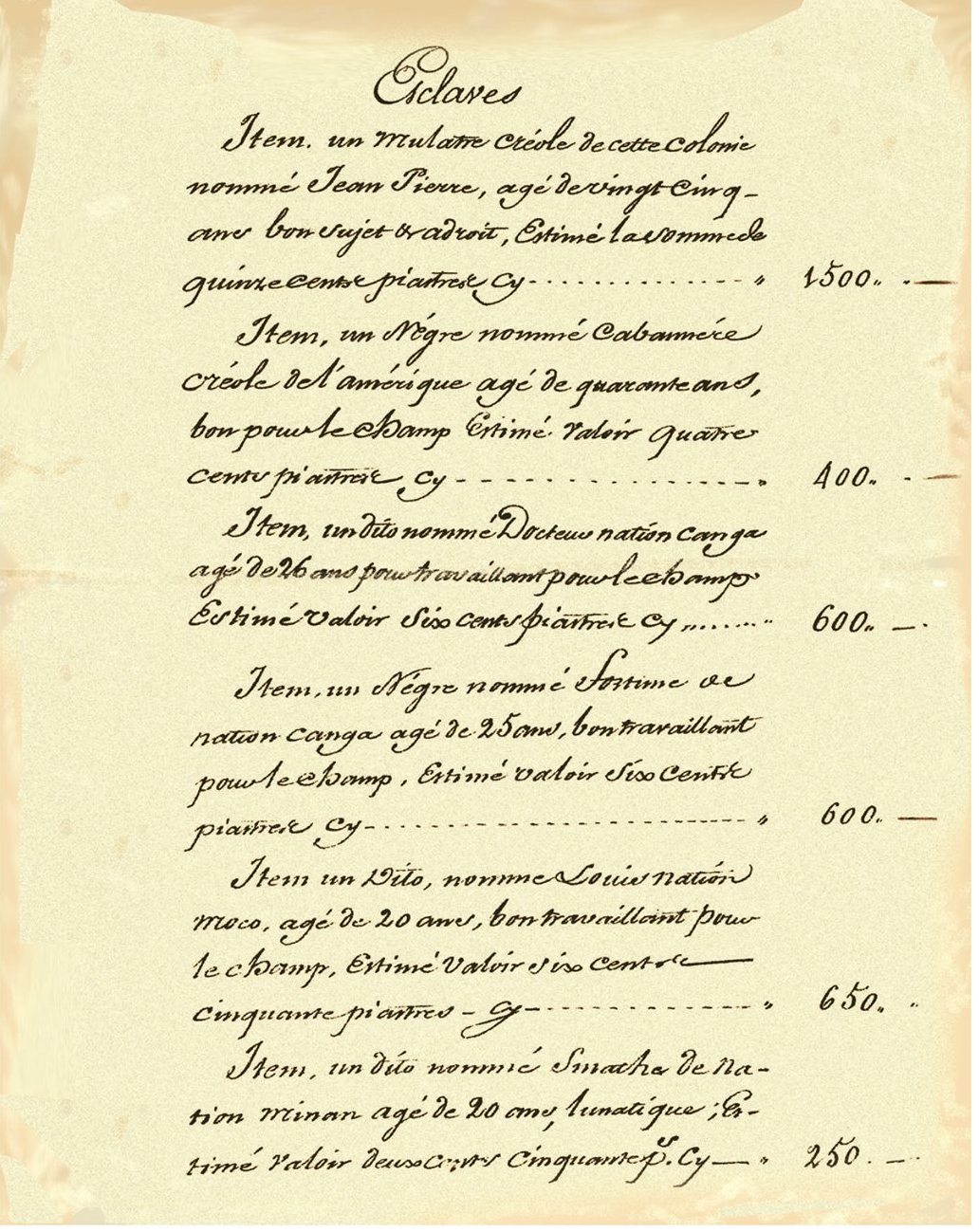 ﻿﻿﻿Over the next 52 years, until 1860, hundreds of enslaved people would be born and die, or acquired and sold on this farm.

For some, we are able to reconstruct snapshots of their lives through meticulous and often painstaking research using historic documents written in French and English, including ship manifests, purchase and sales transactions, last wills and testaments and successions. For many more, their names appear once on a document...and then disappear.

On the following pages, we will share our discoveries with you. Because this is an ongoing project, we will be continually uploading information, so check back often.