Explore the compelling history of The Duparc Sugar Plantation

Guillaume Duparc's sugar farming complex was originally called l'Habitation Duparc, then years later, renamed the Laura Plantation.  At its largest size, it was approximately 12,000 acres, which included properties amassed over time.  In 1804, Duparc, a French naval veteran of the American Revolution, acquired the property.

Duparc also acquired adjacent parcels from Acadians who had settled the land 20 years prior.  Duparc's new farm was located on prime real estate, on unusually high and cleared ground.  He placed his manor house squarely in the middle of the large Colapissa Indian village that had been on-site for over a century. 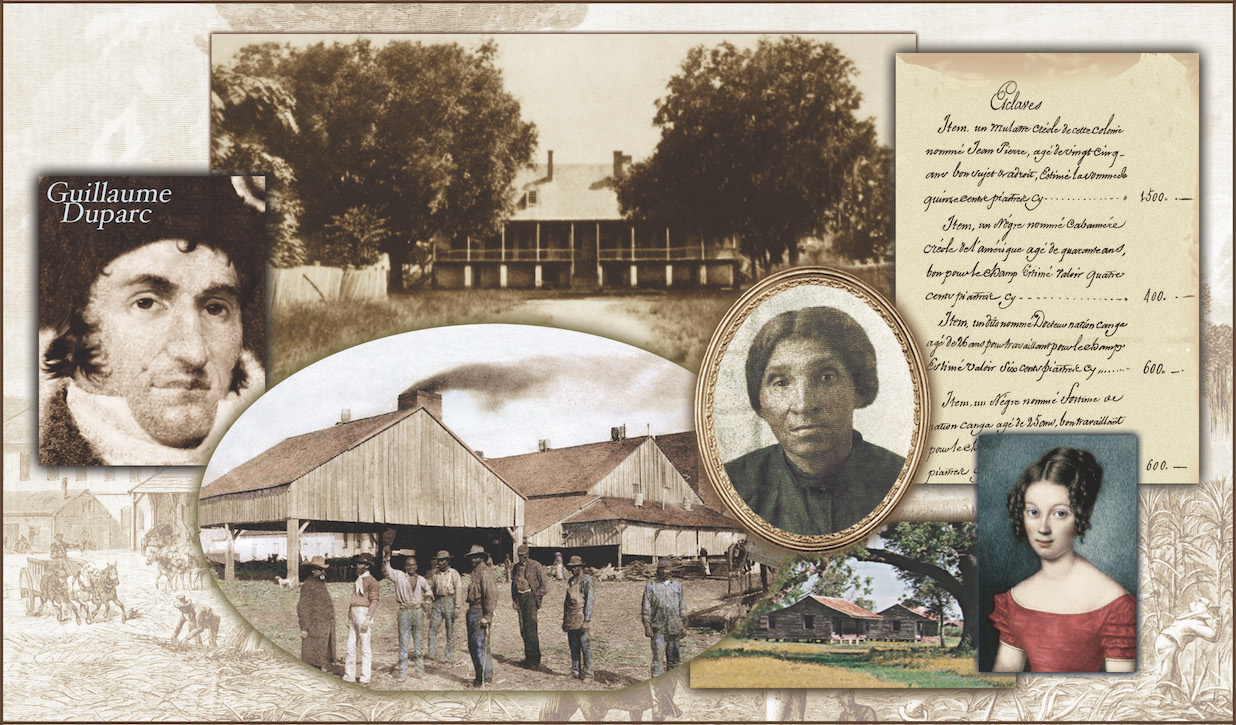 Construction of Duparc's manor house began in 1804 and was completed 11 months later.  The work was executed by highly-skilled slaves, probably of Senegalese descent, in pre-fabricated methods, typical of early Louisiana vernacular structures.  This "maison principale" was raised high above ground, resting on blue-gray glazed brick columns and walls, supported underground by an 8-foot deep pyramidal brick foundation.  The cypress superstructure was inlaid with locally fired brick (briquette-entre-pôteaux), plastered inside and stuccoed outside, with a brightly painted (red, ochre, green and pearl) exterior.  This U-shaped structure totaled approx. 24,000 sq. ft. and had a 2,500 sq. ft. detached kitchen to its rear.  At Duparc's death in 1808, the habitation consisted of 10 sizable buildings, including quarters for 17 slaves, a barn, warehouses and a small, rudimentary sugar mill.

Some 600 feet north of the manor house flowed the Mississippi.  A wooden pier allowed docking for boats of all sizes.  Along the riverbank, ran a 4-5 foot-high levée that afforded protection from spring flooding.  A primitive road followed the levée and a tall fence separated the plantation from passersby.  Inside the fence were planted 2 large orchards of pecan trees that parted to create an allée, where one could see the manor house from the river and, more importantly, funnel the river's breezes directly into the house. 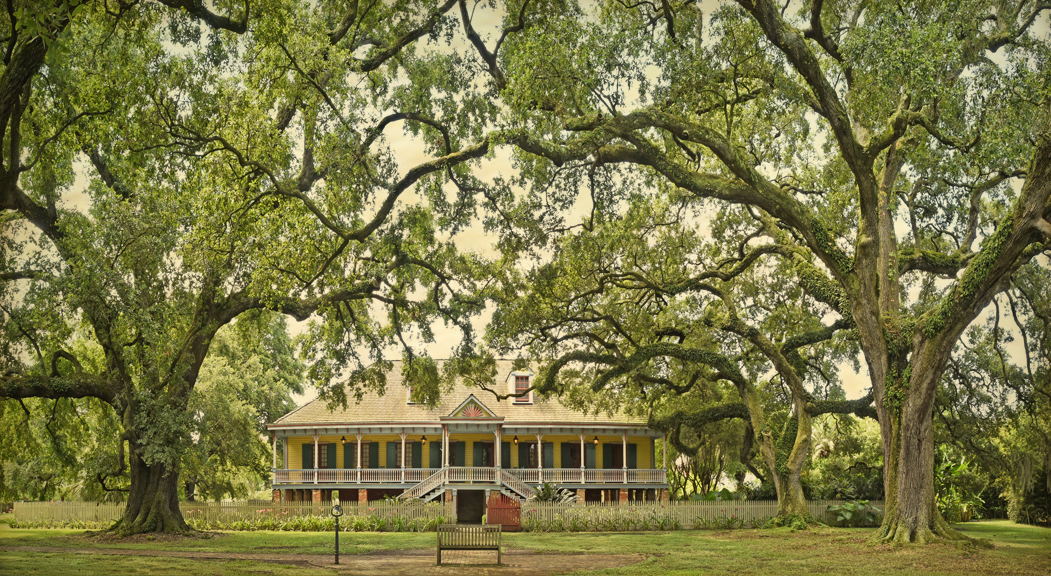 The house, surrounded by a high fence, served not only as office headquarters for business but as the site for all manner of social entertainment.  The whole of the plantation was painted in a color code of ochre, red, green, mauve and gray, the same colors found on the manor house.

Approx. 400 ft. behind the house was a road, going south, perpendicular to the river, lined on both sides with slave cabins, facing the road and stretching a distance of 3.5 miles.  This was always referred to as the "back" of the plantation, where enslaved laborers resided, distant from the area nearer the river, called the "front" and separated from the front by a high fence and muddy swale than ran parallel to the river.  Each slave cabin held two families and each had a chicken house and/or pigpen and vegetable garden just outside the cabin.