Aaron was originally from Chatham County, Georgia where he was the property of a widow named Mary Wall.  Mary Wall sold Aaron to slave merchant Louis Compton in Savannah on May 29, 1820, for $500. A month later, Compton transported Aaron by the schooner “Experiment” to New Orleans, and on July 22, Compton sold Aaron for $800 to Flagy Duparc, acting as an agent for his mother, Nanette Prudhomme Duparc.

On the ship manifest, Aaron is described as 5’ 8” tall and the bill of sale stated he was, “about 20 years old and a cooper by trade.”  Coopers were specialized carpenters who made barrels. Barrels were commonly used for storage of grains and more importantly, on the plantation for sugar and molasses. No other records have been located for Aaron and it is assumed that he died sometime before 1829 when an inventory of the slave community was documented. 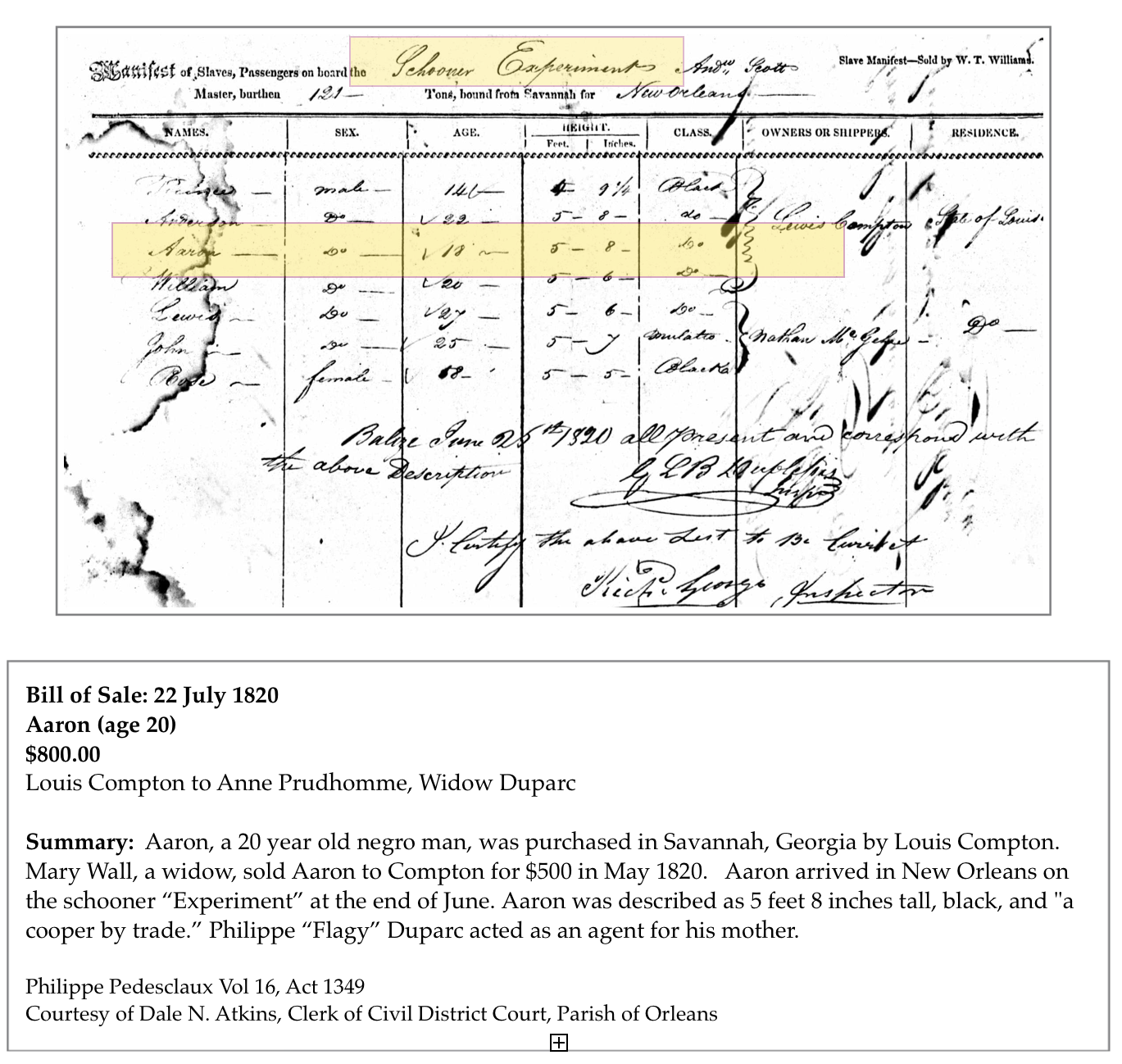