﻿﻿Cyres ﻿Denelin, a native of the Attakapas region of Louisiana, was "a good blacksmith." For this reason, he was the most expensive enslaved person ever purchased by the Duparc Bros & Locoul plantation. Raymond Locoul, acting on behalf of the company, purchased Cyres from John Fitz Miller. Miller had owned Cyres for six﻿ years. Prior to that, Cyres was the property of Anthony A. Suares.

After the Civil War, Cyres established a profitable blacksmith shop near the plantation. Ivan de Lobel-Mahy, husband of Aimée Locoul and son-in-law of Raymond Locoul who had purchased him 30 years earlier, was a witness at Cyres' marriage to Marie Louise in 1870.

He took the name Cyrus Miller later in life. 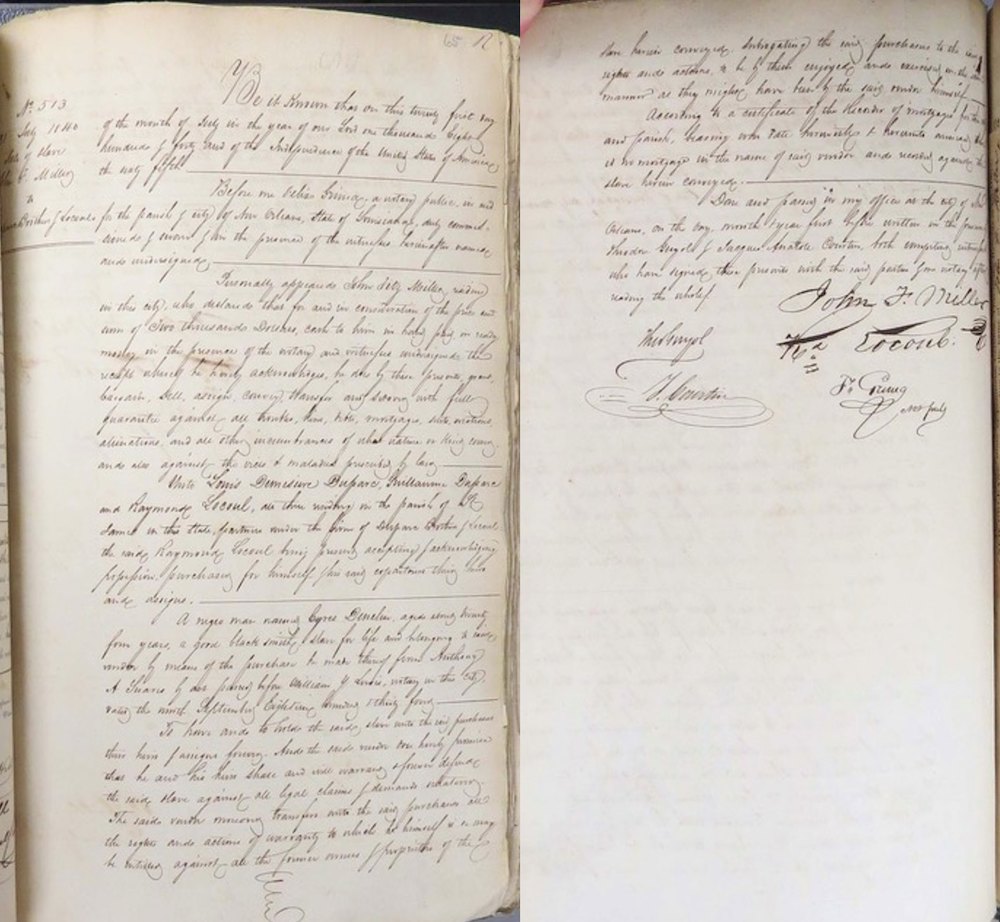