Agathe and her son Félix were among a group of individuals that changed ownership multiple times between 1814 -1815.  She first appeared on a bill of sale dated July 16, 1814, in which Judge A.D. Tureaud of St. James Parish sold 15 slaves to Pierre Robin de Logny.  Agathe was listed as 27 years of age and Félix was 5. Three months later, de Logny sold 13 of those individuals plus two others, including Agathe and Félix, to Louis Duparc for $6,800. Within three months, Duparc in turn, leased that same group of individuals to the same Pierre de Logny.  There is no explantation for the purchase of the group followed soon after by the lease. It can only be assumed that the financial exchange was beneficial to de Logny and Duparc.

The lease agreement stated that de Logny was to clothe, feed and lodge the individuals leased from Duparc. There are no other records for the individuals listed in the bill of sale or the lease. Once the group was moved to the de Logny property, they did not return to Duparc’s possession and they do not appear on any other inventories. 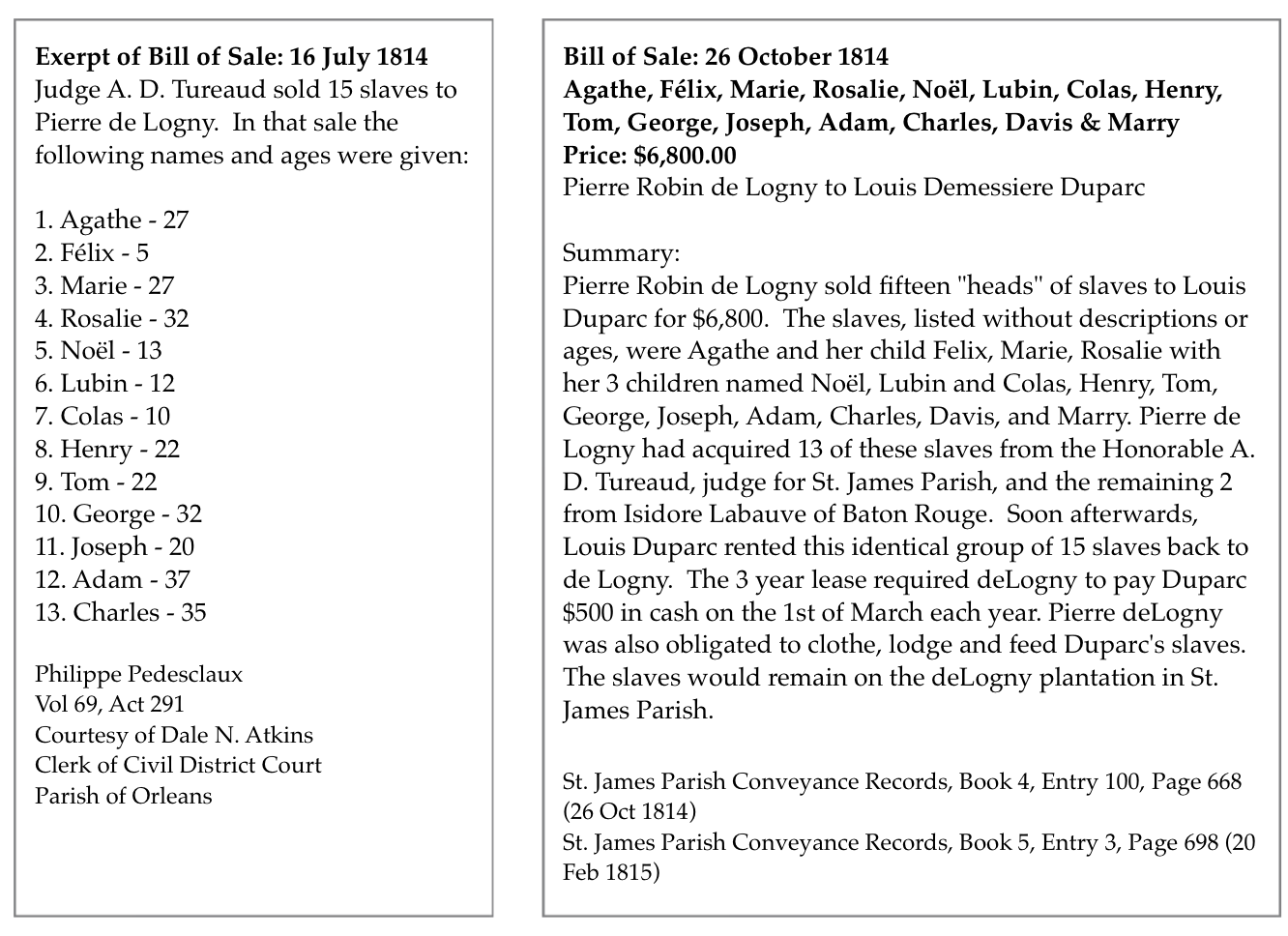 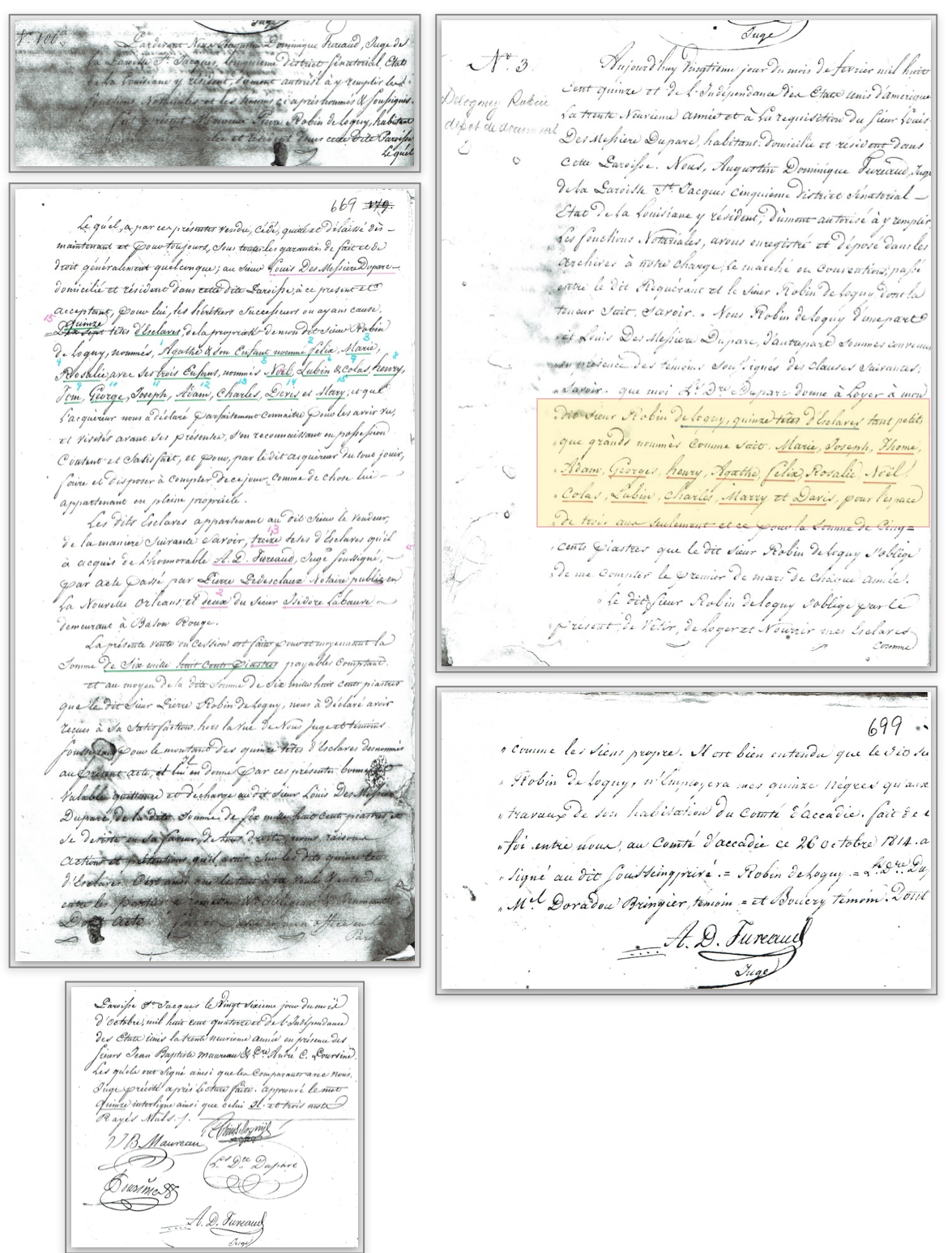