Munday was one of two men found on a bill of sale dated July 12, 1820. Louis Duparc, acting as an agent for his mother Nanette Prudhomme Duparc, purchased Munday, age 40, and Adam, age 23, for $1,600 from William Fitz.

Munday did not adapt easily to life on the Duparc & Locoul Plantation and he attempted to run away several times. An ad for his capture found in the Courrier de la Louisiane, dated December 17, 1824, described him as, ”… a Congo negro, 32 years old, 5 feet high, robust, reddish skin, of a downcast look, having likewise the letters VDR on his breast.  Said negro is a cooper by trade & speaks English only.” The initials “VDR” are a typographical error. It should have read “VDP ” for the Veuve Duparc Prudhomme. Veuve is the French term for widow.

From the ad it can be deduced that Munday was of direct African descent and his previous owner was an English-speaking American.  The ordeal of first being taken from his native home, forced into bondage in an American colony and then being displaced a second time to a French-speaking, Creole plantation in south Louisiana must have been incredibly traumatic. This ad was posted four years after Munday was purchased and it is noted that he had already been branded, indicating he had tried to escape several times prior.

The ad also gives Munday’s occupation as a cooper or barrel maker. Barrels were essential for storing grain, but more importantly, on the plantation they were used for sugar and molasses. Coopers also made cisterns that were used to capture rainwater for household use and drinking. 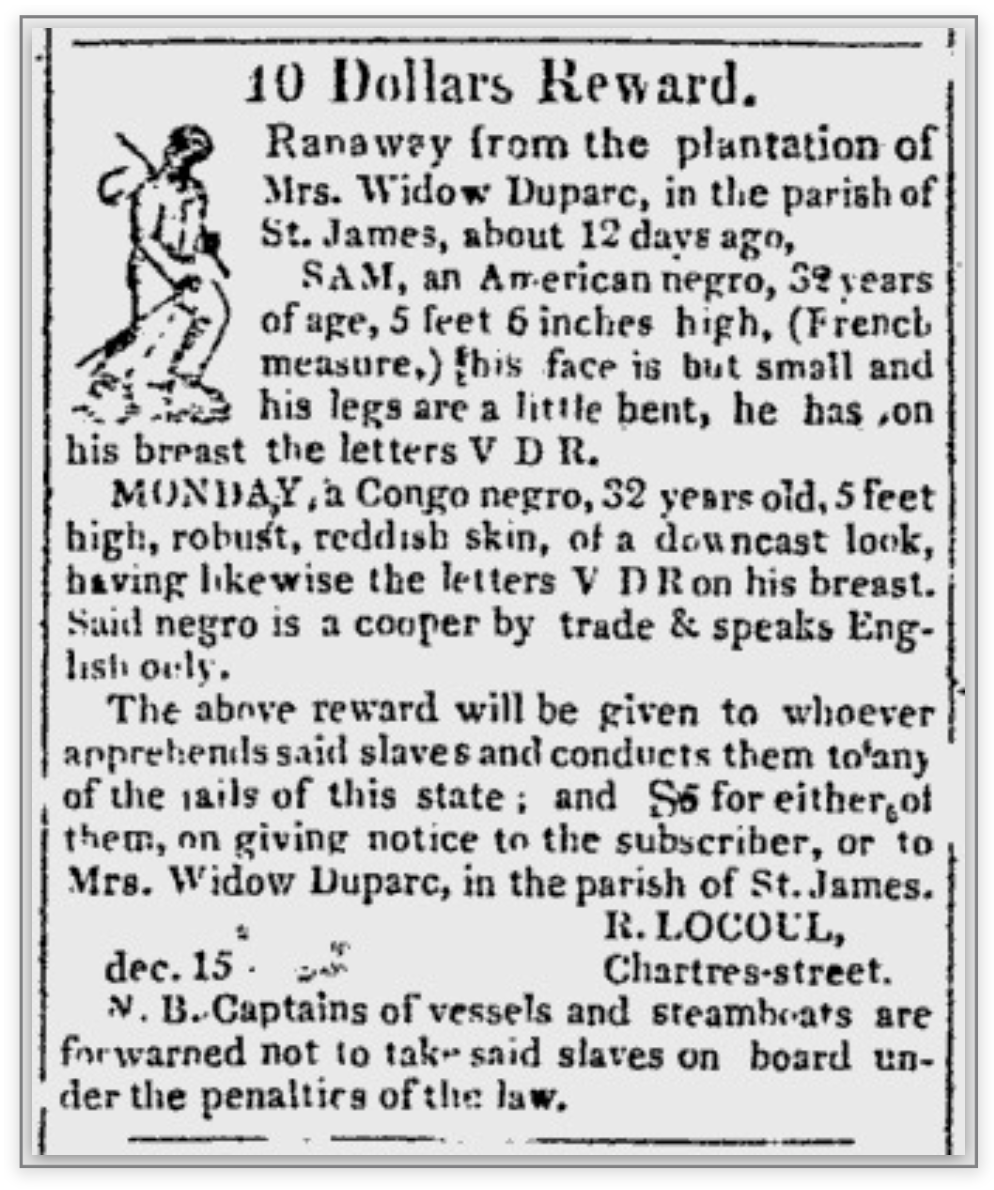 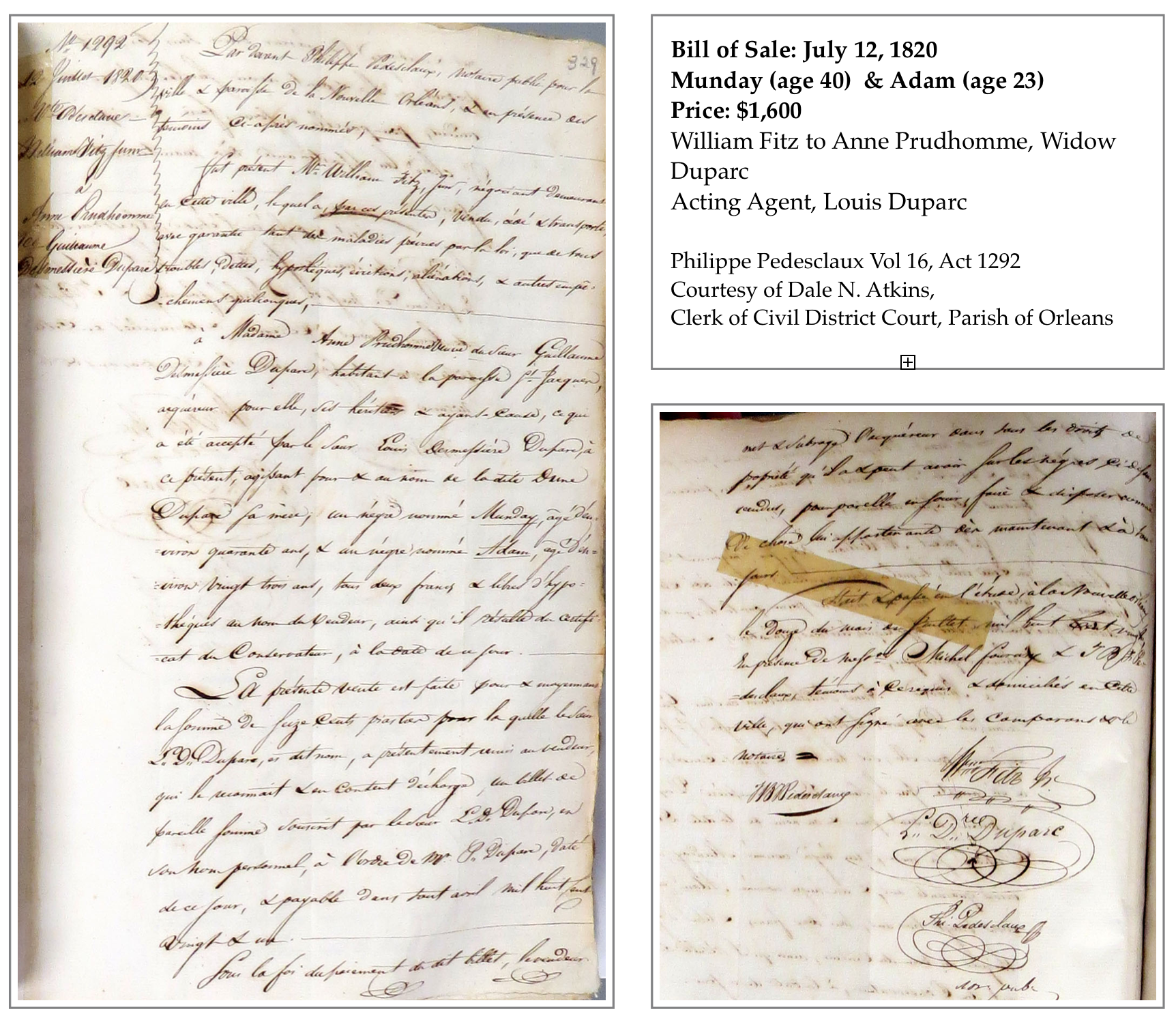