Munday was listed as a cooper or barrel-maker by trade and he attempted to runaway. In an advertisement for his capture, he was described as a Congo negro who spoke only English and he was branded with the initials of the Widow Duparc. There is no mention of Adam, but it could be assumed he was also an English speaker. It is unknown if the two men were related and no occupation was given for Adam. He does not appear on any other plantation records and it assumed he died sometime before an inventory that was made in 1829.

Note: There is another man named Adam and one named Adams in the plantation archives. Separate profiles can be found for each individual and for Munday. 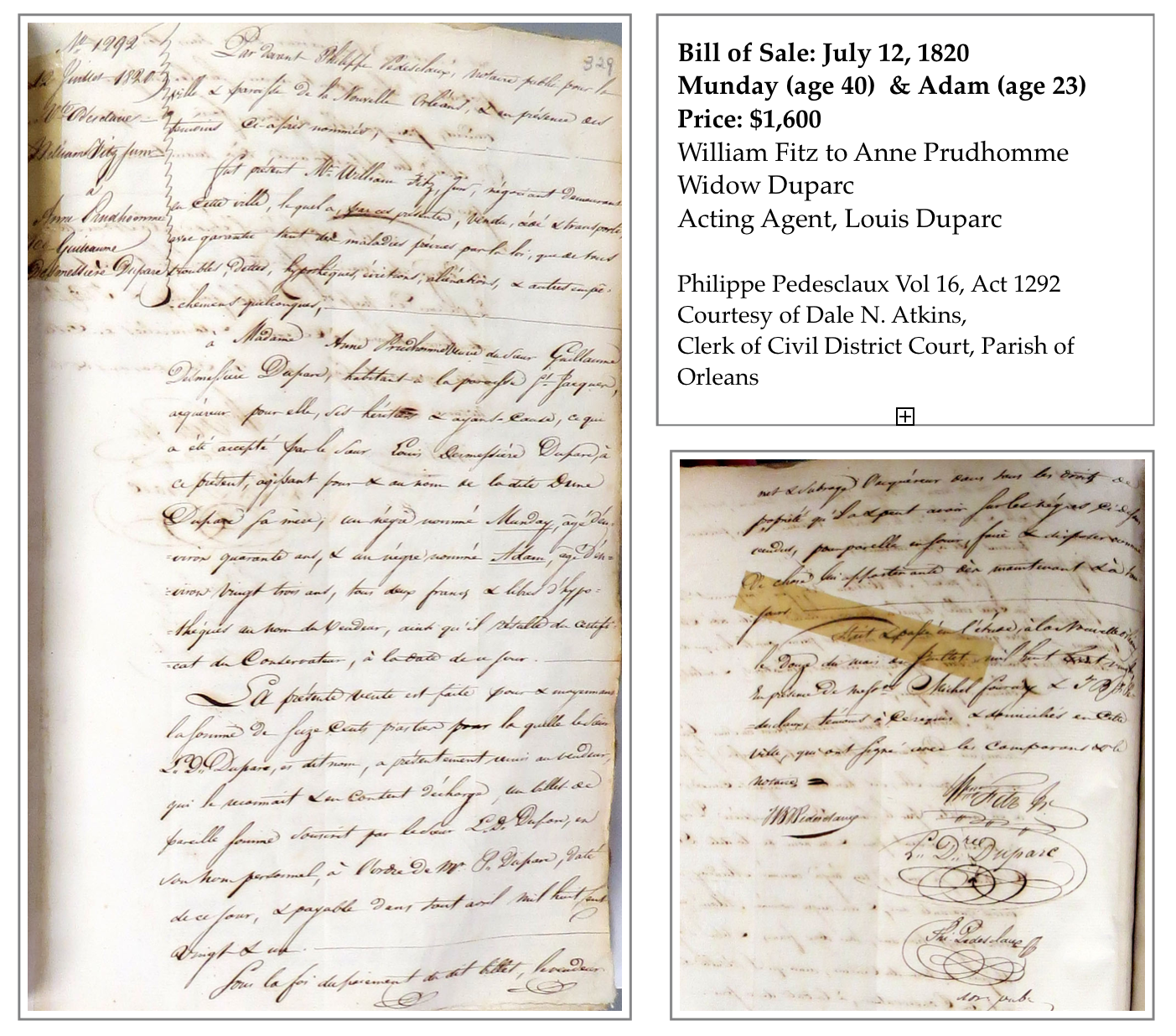