Allen, Emanuel, Allen, and Richard, four enslaved men, were aboard the ship "Ajax" when the slaves aboard planned a revolt. Their efforts, however, were betrayed before the plan could be executed. The boat docked in New Orleans on 18 November 1829.

James Barnes Diggs, a slave trader, then sold the four men to Duparc Bros & Locoul for $650 each. Louis Duparc was the acting agent.
The elder Allen, 5' 6 3/4" tall, was owned by Thomas Finney of Hertford County, North Carolina. Finney had inherited Allen from his uncle William according to his 1825 will. Allen died in December 1849 at the age of 40. His cause of death was listed as "inflammation."

The younger Allen, 5' 7 3/4" tall, was sold by Joseph Simmons, sheriff of Halifax County, North Carolina, to pay off the debts of his owner, a man named Pitman. Allen is not present in any consecutive slave inventory and disappears from the records.

Emanuel, 5' 5 3/4" tall, was sold at Washington, North Carolina, by Richard Hines. Hines was a native of Edgecombe County and practiced law in Washington before becoming a congressman. Called "Manuel" by the Duparcs, he would remain on the plantation until the Civil War, during which he ran away to Union lines.

Richard, 5' 5 1/2" tall, was sold at Smithfield, Virginia, by his owner, Henry Casey, of Isle of Wight County. After the Civil War, he continued working on the plantation and took the surname Gordon. He married Célestine, a Creole house servant, in the Baptist church. The couple later baptized their children as Catholics. 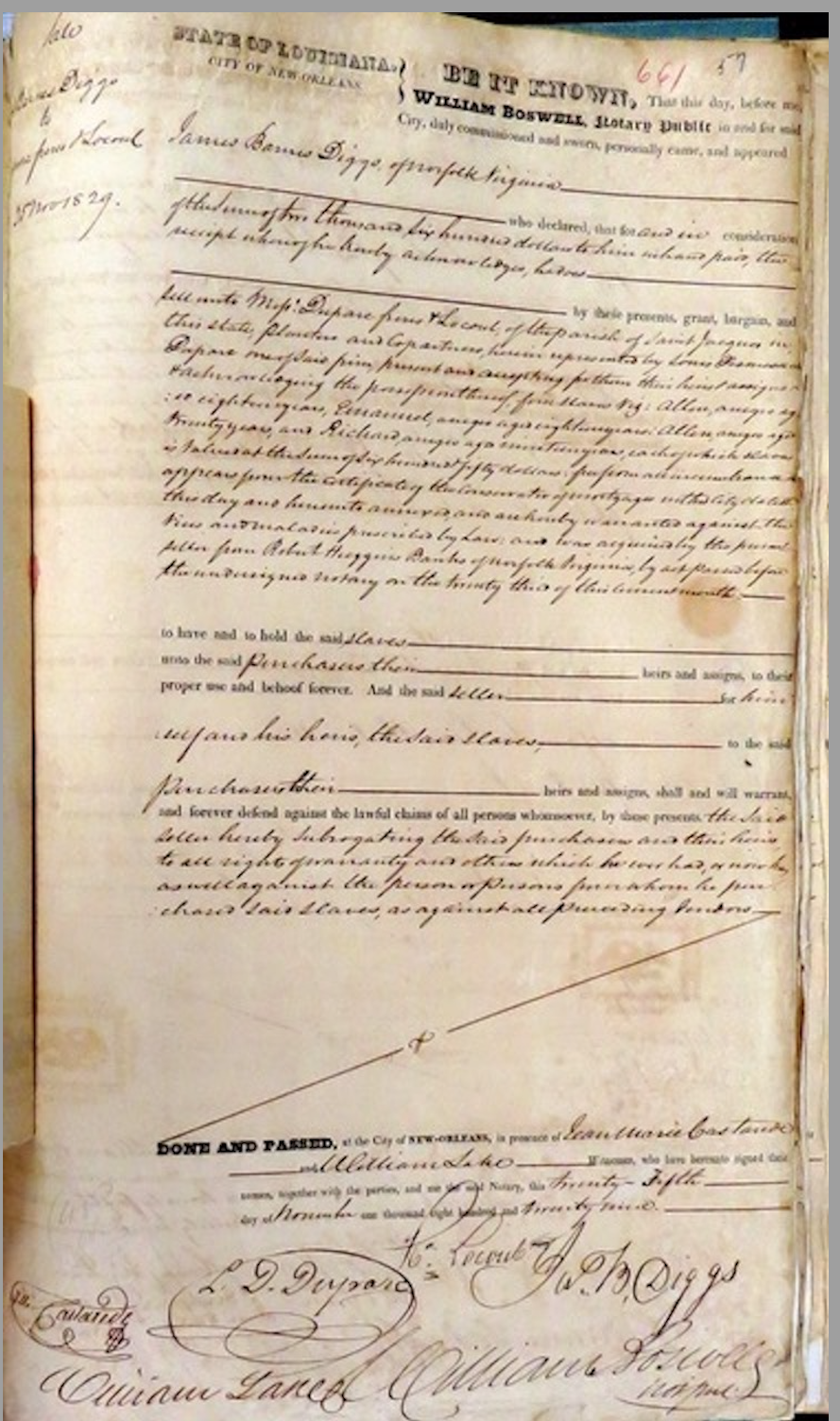