Adams was one of three men found on a bill of sale dated July 21, 1820. Philippe “Flagy” Duparc, acting as an agent for his mother, Nanette Prudhomme Duparc, purchased Adams, John and Denis for $2,400 from John Alford.

Very little is known about Adams. His age was given as 20 on the bill of sale and since no occupation is listed, it is assumed he was a field hand. He appears on one other document, an act of donation in 1829, where his age is given as 30. No other records have been located and it is unknown if he had a wife or children.

Note: There are two other men named Adam in the plantation archives. Separate profiles can be found for them. 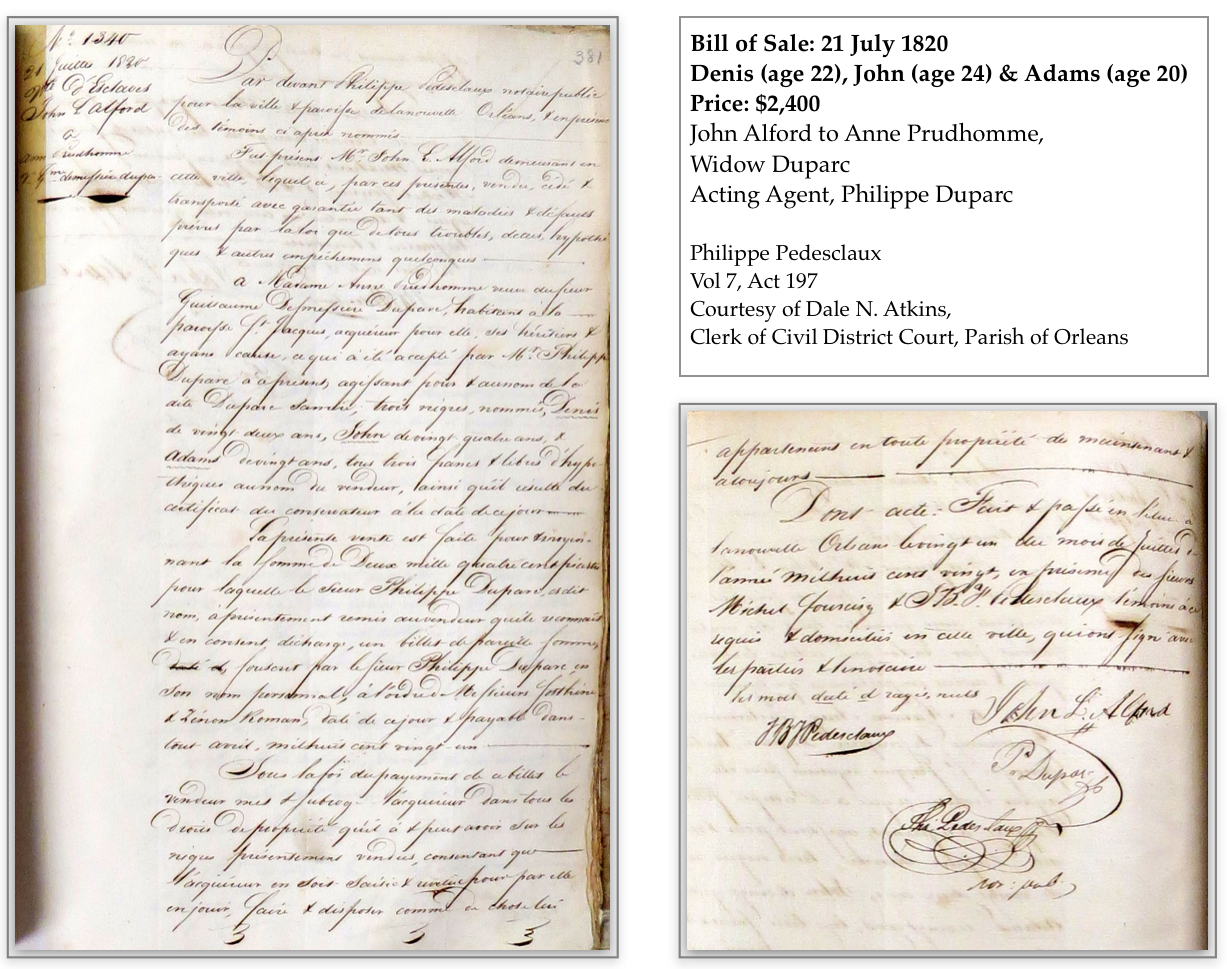